The Debt of Sin 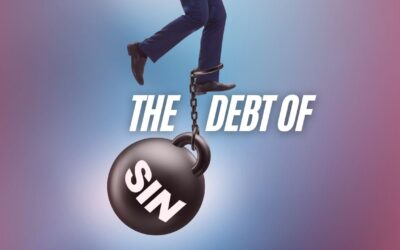 Have you ever felt buried in debt? Would you like to know how your greatest debt can be gone forever? This isn’t some impossible dream, like winning the lottery or finding a buried treasure. This can be your story. How? The answer is found in a story told long ago by the Lord Jesus Christ.

Jesus told the story of “a king who decided to bring his accounts up to date with servants who had borrowed money from him. In the process, one of his debtors was brought in who owed him millions.. He couldn’t pay, so his master ordered that he be sold — along with his wife, his children, and everything he owned — to pay the debt”.

The point of this story is to help us understand our own story.

We are Great Debtors

The king in Jesus’s story represents God. And the millions owed represents our wrong doings, our sins. Sin is an unpayable debt that must be paid somehow or it will crush the one who owes it. The servant who owed the king a tremendous debt represents every person who has ever sinned.

According to the Lord Jesus, each of us is in great danger. Our sin is a very serious problem that you and I can never solve on our own. Sin is more than opinions about what is wrong — it is a rejection of God himself, and of the standards for right and wrong he has built into the universe. To sin is to reject God’s place as king of your life, and to enthrone yourself as the one who determines right and wrong. We’ve all done this in various ways. We are guilty before God and have an enormous debt of sin. If we don’t find a way to pay this debt, we will be crushed — forever separated from all those we love. Worse yet, we will be separated from God himself, the source of all that is good and beautiful.

Fortunately, Jesus’ story does not end there.

God is the Merciful King

“The man fell down before his master,” Jesus continued, “and begged him, ‘Please, be patient with me, and I will pay it all.’ Then his master was filled with pity for him, and he released him and forgave his debt”.

He “forgave his debt”! Millions of debt — gone! The one thing harder to imagine than millions of debt is someone who would — out of sheer kindness — pay off that debt.

Do you see the point of Jesus’ story? God is not a cruel, unforgiving tyrant. God is a merciful king who forgives unpayable debts! The king’s decision to release the servant and forgive his debt represents the good news Jesus wants us to know: God is ready to forgive sinners. If the story would have ended with the man and his family being punished, it would have ended with justice. The king would have been justified in punishing someone who owed him millions, but could not repay. But Jesus’ story did not end only in justice. It ended with mercy and grace.

Jesus is the Final Payment

Think about it: What happened to that debt? The debt was real. So what happened to it? The king paid it! By forgiving the man his debt, the king was agreeing to pay the debt himself. He took the debt back onto himself.

And this is exactly what God has done for you and me! He sent His One and Only Son, the Lord Jesus to pay the debt of our sin. In fact, the full account is that God has already paid off our sin debt — and Jesus Himself was the final payment! Your sin-debt can be forgiven today — gone! God is simply waiting for you to trust Him, to let Him pay your sin-debt through the death and resurrection of Jesus.

Like the man in the story, fall down before God — who can show you mercy. But, unlike the servant in the story, don’t ask for more time to pay off your debt — you can’t do it. Instead, ask God to be merciful to you — a sinner with an unpayable debt.