Prosperity: A Substitute for the Peace We Seek 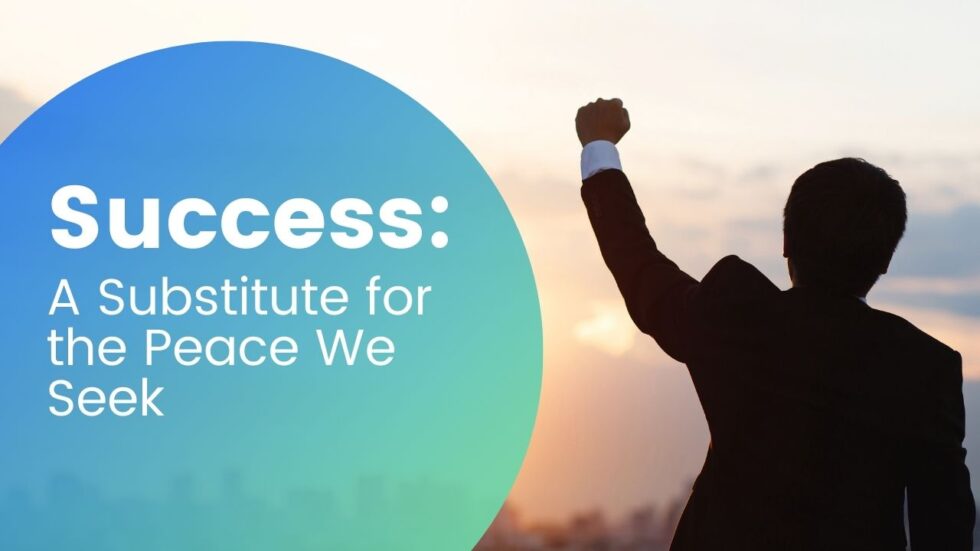 Hello, world. I welcome you to Life Rocks. You think about it. Let’s talk about it.

Have you ever been caught in darkness, mired in darkness–sort of like quicksand–sinking, and you’re being sucked into darkness. Every decade and a half or so I go through that experience, filled with tears. And even death seems better than life, this desolation. You may have seen the SMS message where the To line says “God” and the message says “Why?” You’ve asked those questions. I’ve asked those questions in my life as well. Not uncommonly, the entire human race at moments feel caught up in darkness. They feel that there is no hope. There is desolation and darkness of the soul. We find this evident in big lives, in well-known lives and humble lives.

Some say up to 90% have had feelings of suicide–a couple of stories from the middle of 2018, which will be long lost as history. But you have more stories to know what I’m talking about. Her middle name was a very long name, Noel Frances Valentine Brosnahan. Her first name was Kate. And the last name was Spade. She was well known all over the world for designer handbags. She was sort of a happy-go-lucky person. And she would make these very practical, beautiful handbags. I’ve seen her name in airports and department stores. She was found dead in her apartment in New York. Nobody anticipated it. That was a loss of life. I so wish I could have talked to Kate Spade before she had taken her life. But suicide seems to be the only last option there is.

And then there is the challenge of another celebrity chef in the early part of the 21st century, in the first and second decades, known all over the world for his Parts Unknown. He was a high-cultured man with stories galore and food delicious. In one of his episodes called “Sardinia,” he says, “What do you do if all your dreams come true and, after all your dreams come true?” About a week after Spade had taken her life, he, too, was found dead in a hotel room in Paris. I so wish I had talked to Tony as well.

Again, darkness of the soul–if I could have talked to them, I would have said a few things like this. I say it to you because you, too, might be experiencing darkness and everything seems so oppressive. I want you to hold on with hope for peace.

First of all, darkness is very, very real. Whether it is periodic and episodic or it is continual, there is a sense of hopelessness and desperation. And, secondly, I want you to know that you don’t have rights to your life. I don’t have rights to my life. I know enough that, even if I wished to die, I can’t take my own life. I often pray to God, saying, “God, you take my life.” And so He has not taken my life yet. Otherwise, I would be much more silent than I really am, than speaking with you today. It also means that, if God has not taken your life, you’ve got something to do.

When I told my wife about Bourdain’s talk about what do you do after your dreams come true, she said, “Maybe he could have made others’ dreams come true.” You still have some use in this life. Don’t give up. But darkness, while oppressive, has its opposite called the light. And just one flicker of a flame will give you hope. The question is, where can we have hope? Where can we have light in the middle of darkness so we can experience peace, rather than being mired in darkness? Well, you’ve heard these words before from this set of videos called Life Rocks. I have one source to point you to as the author and definer, the architect, and the giver of peace. The same giver of peace actually claimed to be the light of the world. He said, “I am the light of the world”–the world, not only geographically, but for everyone, including you and me. And when you receive His light, you will experience peace.

The Lord Jesus claims to be the light of the world, including bringing light into your life. An earlier note says, “Though I walk in darkness, the Lord will be a light for me.” Are you walking in darkness? Do you want peace in the middle of darkness?